The health and safety of our clients, residents, employees and their families are of the utmost importance to us. 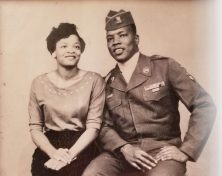 What is the Survivors Pension with Aid and Attendance?

The Survivors Pension is a tax-free monetary benefit from the VA. If you’re a surviving spouse of a deceased veteran with wartime service, and your income and net worth meet certain limits set by Congress, you may be able to get this benefit. If you need help with your daily activities, you may qualify for additional Aid and Attendance funds.
The maximum Survivors Pension with additional Aid and Attendance funds is up to $1,228 per month. 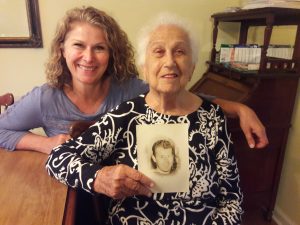 Many women are overlooked when it comes to VA Benefits

It’s unfortunate but we often overlook the fact that wartime veterans are eligible for VA benefits even though they were not injured during service. Many don’t realize that you didn’t have to serve in combat or overseas to qualify for what is called the Aid and Attendance benefit. You can imagine if veterans themselves are unaware of the Aid and Attendance benefit, how many widows of qualifying veterans are also unaware that they qualify?

To check your eligibility as a surviving spouse, start with four main qualifications or “must-haves” for the VA pension with Aid and Attendance:
1. Military, 2. Medical and 3. Money 4. Marriage

Do You Meet the “4-Ms” For a Surviving Spouse to Qualify?

1) Military: Was your spouse a veteran who served at least 90 days on active duty, at least one day during wartime, with an honorable discharge? (Persian Gulf War veterans must have two years of active duty or the full period for which they were called for active duty.)

Did your spouse serve during one of the VA Defined War Periods?

2) Medical: Do you have a medical condition causing you to need assistance with activities of daily living?

3) Money: Do you have a net worth at or under $129,094? (Your primary residence and car are exempt. Ongoing, non-reiumbursable medical and long term care expenses may reduce your net worth.)

If you answered “yes” to all of the four must-have requirements above, you meet the basic eligibility requirements and should consider applying for Aid and Attendance from the VA. 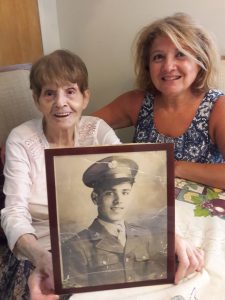 Aid and Attendance is available for those who need the “aid and attendance” of another person for their routine daily living activities on a permanent basis. Often as women age, they need assistance with activities of daily living such as: dressing, bathing, help using the bathroom, meal preparation, laundry and more. This type of assistance is considered “custodial care” even though the need for custodial care is often caused by a medical condition such as congenital heart failure, arthritis, diabetes, etc. When custodial care is needed permanently, health insurance such as Medicare will not cover the cost. On-going custodial care is considered “long-term care.” Fortunately, the VA’s Aid and Attendance benefit can help with the cost of long term care.

Surviving spouses must meet a set of requirements in order to qualify for VA pension benefits:

Remarriage does not affect your surviving spouse eligibility for “Aid and Attendance” if you meet all the following requirements:

Remarriage outside the specified dates will disqualify you from VA pension benefits.

You may have what it takes to be eligible for the “Aid & Attendance” benefit.

If you would like to use your VA Aid and Attendance funds primarily for home care or adult daycare, call us today toll free 678-303-4440 for more details.

FREE service for yourself or loved one.

Avant Care and the Veterans Wellness® Program are not part of any government agency and are not affiliated with the Department of Avant Affairs.